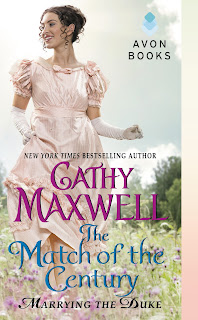 In New York Times bestselling author Cathy Maxwell’s glittering new series, wedding
bells are ringing… until the return of a rake throws a bride’s plans— and heart—into a
tailspin.

Every debutante aspires to snag a duke. Elin Morris just happens to have had one reserved
since birth. But postponements of her marriage to London’s most powerful peer give Elin time to
wonder how she will marry Gavin Baynton when she cannot forget his brother, Benedict.

Already exasperated at being yanked from the military to meet “family obligations,” now Ben
must suffer watching his arrogant sibling squire the only woman he has ever loved. Joining the
army saved Ben from sinking into bitterness, but seeing Elin again takes him back to the day
they surrendered to their intoxicating desire.

As the wedding draws near, Elin tries to push Ben far from her thoughts. When danger brings
them together, there is no denying their feelings. But can Elin choose love over duty…? 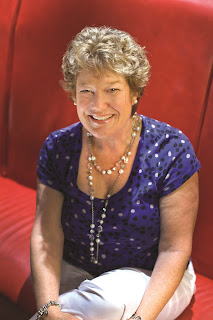 New York Times Bestselling Author, Cathy Maxwell spends hours in front of her computer
pondering the question, “Why do people fall in love?” It remains for her the great mystery of life
and the secret to happiness. She lives in beautiful Virginia with children, horses, dogs, and cats.

All of London, even down to the riffraff, already knew what the ball’s special announcement would be. There was no mystery, although the dowager Duchess of Baynton’s guests would feign surprise when the moment for the announcement arrived.

They called it the Match of the Century.

Her son, the duke of Baynton, London’s richest and unarguably most handsome gentleman, would announce his betrothal to the Miss Elin Morris, also known as Morris Heiress, thereby uniting two great fortunes and two magnificent adjoining country estates in Leicestershire along the River Trent.

And the reason everyone anticipated the “announcement” was because it was a well-known fact that Elin had been promised to the duke almost since the day of her birth. Yes, she had been presented at Court and had gone through the motions of a First Season but it had all been just a formality, a “show.” The duke was hers. She had Baynton, the epitome of a lordly lord, the Nonpareil.

“And I am not worthy of him,” Elin whispered, stopping the furious pacing she’d been at for the last ten minutes in an attempt to settle anxious nerves and a confused mind.

Her bedroom in her parent’s London house was fit for a princess. The India carpet in hues of blue was thick and soft beneath her stockinged feet. Her furniture was gilded in the opulent manner her parents preferred.

Back in Heartwood, the Morris family estate, which adjoined the Baynton’s family seat, the furniture in her room was simple and to her tastes. Here, her parents ruled. They were London creatures, darlings of society.

And Elin? Well, their only child preferred the quieter life at Heartwood. Of course, all that would change when she became Baynton’s duchess. He was too important to have his wife rusticate in the country.

She caught a glimpse of herself in her dressing table mirror, a lone figure in finely woven petticoats, her face pale beneath a mop of over-curly brown hair. Her dark eyes reflected her
agitation. They threatened to swallow her face.

“It’s not that I don’t want Baynton,” she attempted to explain to her image. “It is that I shouldn’t have him. Not without telling him--”

Rafflecopter Giveaway (a Complete Print Set of The Brides of Wishmore Series (THE BRIDE SAYS NO, THE BRIDE SAYS MAYBE and THE GROOM SAYS YES))

a Rafflecopter giveaway
Posted by The Reading Wench at 9:56 PM No comments: